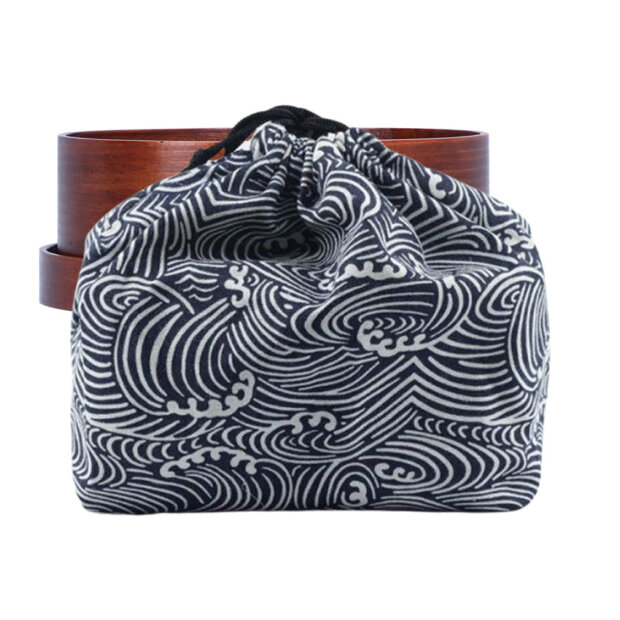 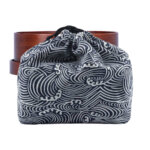 The Japanese style Nami Wave Bento Lunch Bag is made from a soft cotton-linen blend that is durable and adapts its design from traditional Japanese styles. The bag is available in nine fashionable designs and includes a drawstring to keep its contents secure.

The high-quality bento bag adopts a bundle pocket design that makes it suitable for and easy to carry our small wooden bento box range and it can also be used as a lunch bag, picnic bag, sundries bag or small shopping bag.

The Nami, or wave design, is a strong emblem for the gods of the sea. This design frequently features images of churning water or crashing waves. The pattern is a representation of the wave force. Throughout the Sengoku Era in Japan, it was widely employed on banners and armour, as well as in Japanese art. During wartime, troops descended like a tidal wave on their adversaries.
Because of its secrets, the sea is both adored and feared in Japan. The nami is a natural forces symbol that can be printed on fabric or used as a decorative object.

This Bento Lunch Bag is suited to our single or two-tier Small Wooden Bento Boxes Collection or view our selection of bento boxes.

Be the first to review “Nami Wave Bento Lunch Bag”