“Long 2 Compartment Bento Box & Lid” has been added to your cart. 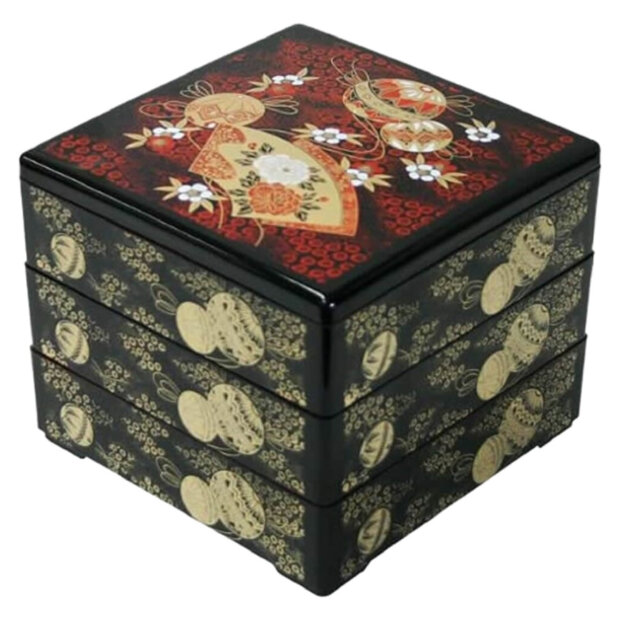 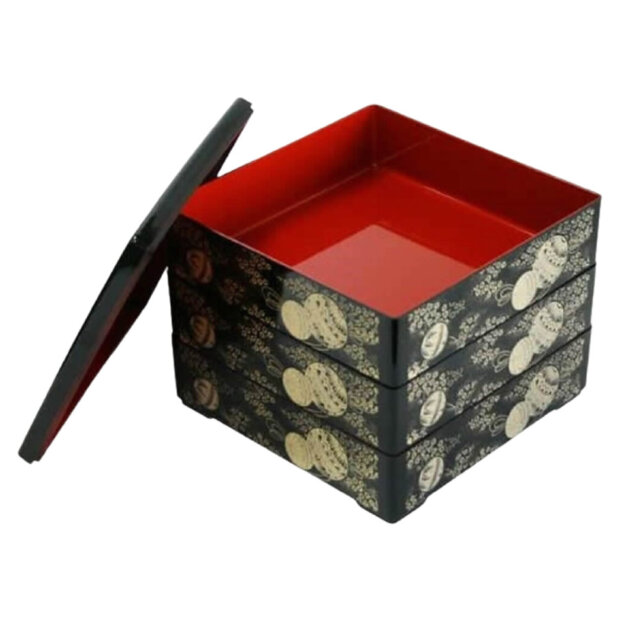 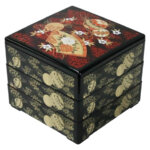 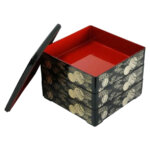 Coming Soon. Want to be notified when this product is back in stock?

The Osechi Ryori Jubako Bento Box ornate temari design is revealed when stacking the trays on top of one another. They’ve been around since the 18th century, and are frequently utilised at New Year’s feasts and other occasions.

In Japan, Osechi Ryori is the traditional cuisine served on New Year’s Day. They are served in a variety of brightly coloured dishes packaged in special boxes called jubako, which resemble bento boxes. Each of these traditional dishes has a specific significance in terms of ushering in the New Year.

Because of the Osechi Ryori Jubako Bento Box size, you may carry a lot of the auspicious New Year meals to commemorate the New Year’s beginning. Not just the New Year, but also vacationers and Hanami, can be used in a variety of settings.

The temari pattern on this Jubako bento box leads its inspiration from temari balls which is a traditional Japanese craft that originated in China. Introduced to Japan in the seventh century in Japanese, the term “Temari” translates as “handball.” Handball balls and other related sports may be played using embroidery-covered balls. A similar-looking accessory, but with the addition of a hand strap and tassel, can be used as a kimono bag.

Historically, temari were made from kimono scraps. Wadding up scraps of silk fabric into a ball, and then wrapping the wad in fabric strips. Traditional temari developed into an art form as the practical stitching got more beautiful and elaborate, culminating in delicate embroidery on the balls.

Rubber was introduced to Japan, and the balls transitioned from toys to art items, while mothers continue to make them for their children. Temari developed into an art and craft practised by the Japanese upper class and nobility, with noble ladies competing to create increasingly beautiful and elaborate pieces, some of which were adapted to double as handbags resembling kimono bags.

Found this product interesting? Why not view our collection of Jubako Bento Boxes or read more about the temari pattern at japanobjects.com or Jubako here: wikipedia.org.

Be the first to review “Osechi Ryori Jubako Bento Box” 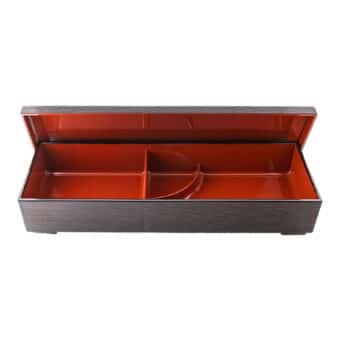