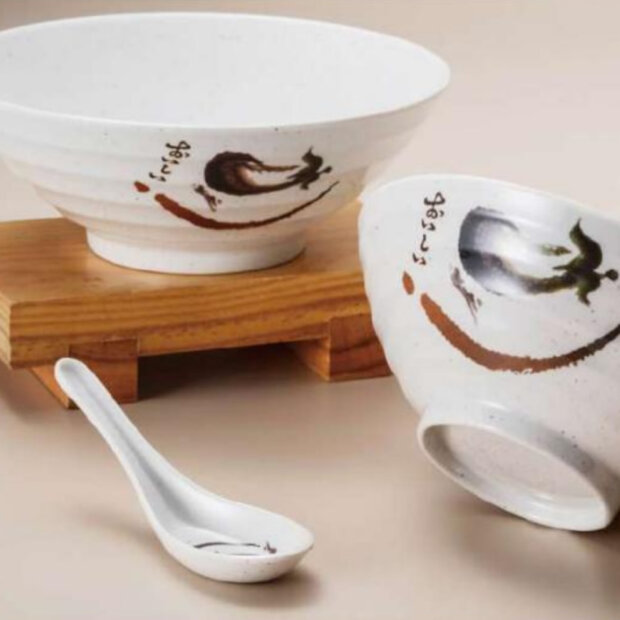 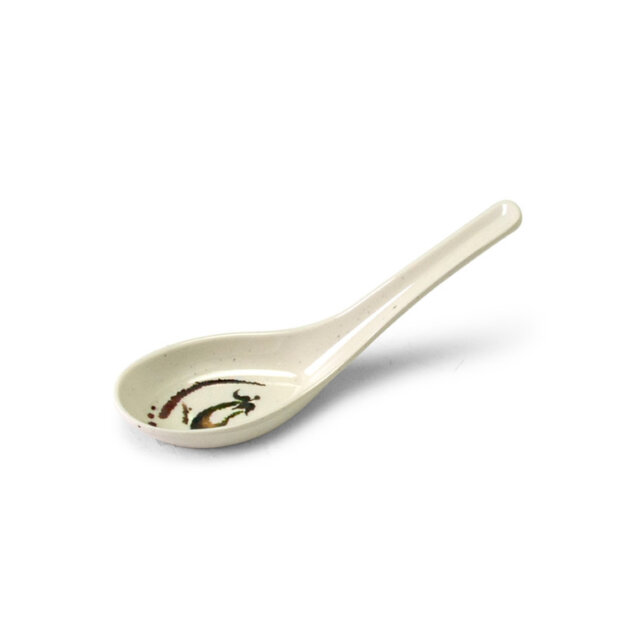 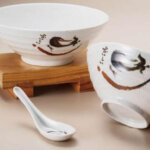 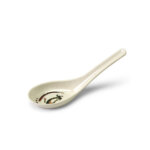 Made from highly durable melamine the bowl includes a Nasu (eggplant) pattern which in Japan is mostly associated with New Year’s traditions and means good luck.

“Ichi Fuji, Ni Taka, San Nasubi,” which means “Mount Fuji, hawk, and eggplant,” is a Japanese proverb that lists the main signs of good luck. This tradition goes back to the early Edo period, and there are two main ideas about how eggplants became a sign of good luck. One theory says that eggplants were expensive during the Edo period because the famous Shogun Tokugawa Ieyasu liked them. The sound of the word “eggplant” in Japanese is where the word “other” comes from.

The Japanese word for eggplant is “nasu,” which sounds like the word “to accomplish.” Because of this, many traditional Japanese people think that dreaming about eggplants will bring them success and accomplishments in the coming year.