“Obento Box Small Red & Black” has been added to your cart.
SALE 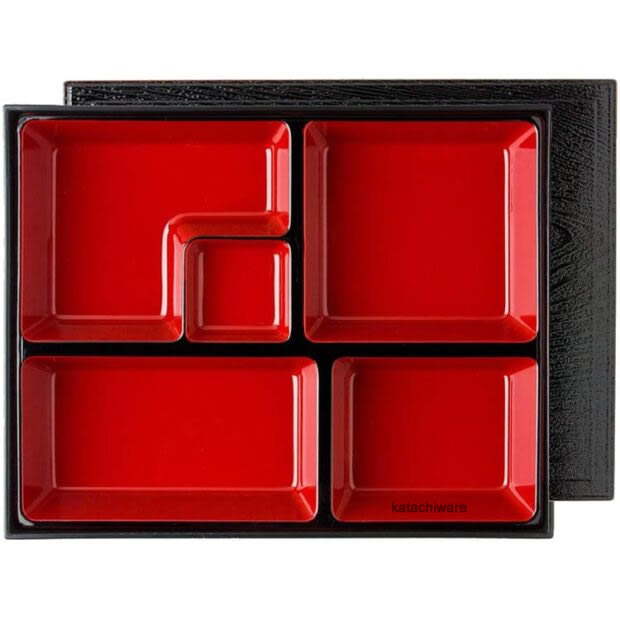 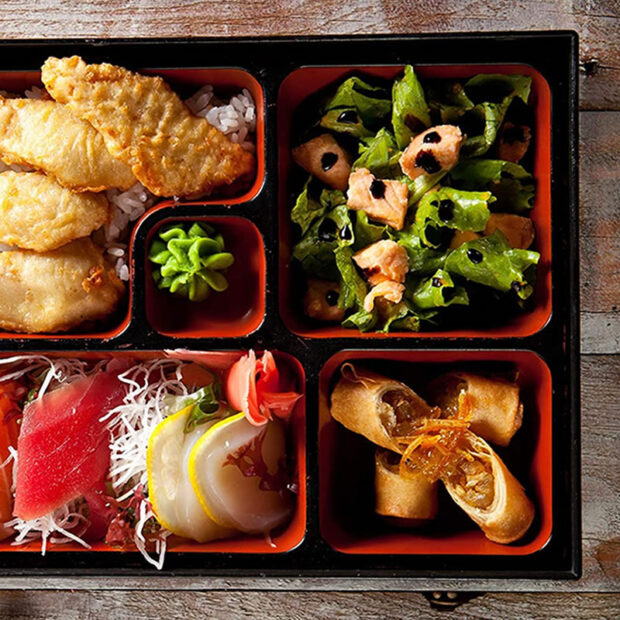 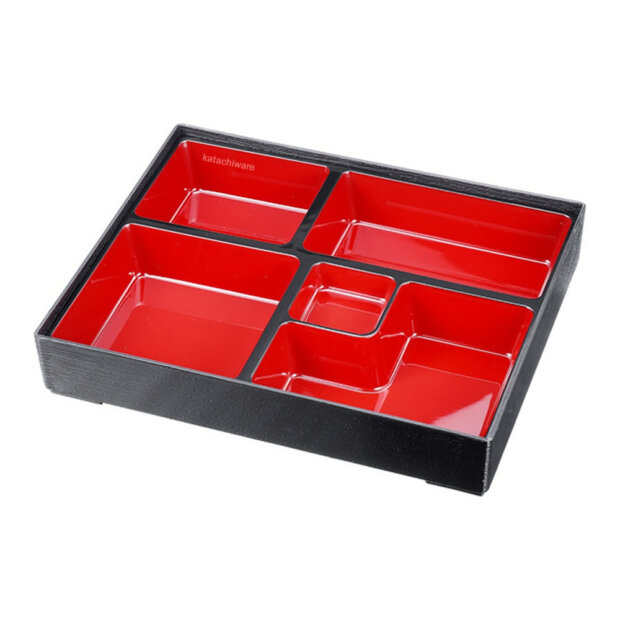 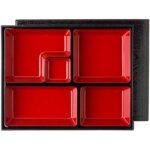 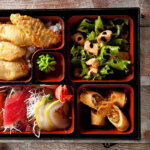 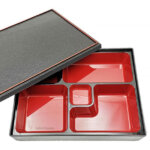 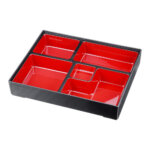 Shokado Large Bento Box is ideal for serving traditional Japanese inspired meals at home or in restaurants. Conveniently made with five divided compartments to prevent foods from mixing with each other.

Made from an easy to clean BPA Free ABS resin and finished in a two-tone red and black Colour Masterbatch this bento is sure to impress.

The first Shokado Large Bento Box was considered as traditional lacquer-ware. Originally made from wood the shokado gets its inspiration from the Edo period and Kyoto. The shokado is shaped like a storage box, which was originally used as for storing tobacco and calligraphy tools. Modern Japanese cuisine developed in the Meiji Era, when Japan opened up to the Western world; it is characterised by dishes like tempura, tonkatsu, and sukiyaki that are served with rice.

The Katachiware Shokado Large Bento Box is a wonderful combination of elegance and practicality. It has a strong, durable construction that allows it to be used for many years. Use it for keeping food warm or cold on the go. The bento box is designed to fit perfectly in the hand and looks great on display as well. View our full range of Large Bento Boxes. View our collection of bento boxes. 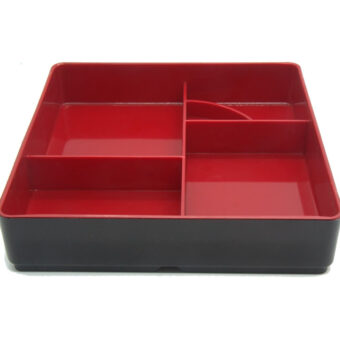