Bento Box Culture | The homemade bento has been an inherent part of Japanese culture since the yore days and continues to be so even today. Used in several settings ranging from fall leaf viewing, hanami bento at cherry blossom viewing parties, baseball games, kabuki theatre to railway sojourns the bento is cherished essentiality in Japan.

Many years ago, the bento which was introduced in the country was in those times primarily used by working-class people and travellers. The bento was stored in small-sized cane baskets, and the contents were restricted to dried rice to be eaten with salted vegetables. The passage of years has seen the bento culture truly flourishing in Japan with the options for daily dishes and ingredients increasing considerably.

The bento box culture has spread across the world; however, it lacks the intensiveness with which it is being followed in Japanese society. In Japan, packing the bento is a valued ritual followed by the lady of the house and is considered an expression of her love for the family. It is supposed to display the mother’s creative skill and ability in preparing healthy meals for her family. So, today, you have Oekakiben Bento which is put together from cute creatures made of hard-boiled eggs, rice balls in addition to other designs from colourful veggies. Though this cuteness enables kids to devour their lunch boxes, it has at the same time set in unhealthy competition among the mothers as each one tries to outsmart the other in preparing the most charming and visually appealing bento.

In school, the child’s bento reflects the mother’s love, and hence a lot of significance is given to a beautiful and healthy presentation. A bento that is not visually tempting or nutritious is considered a sign of poor parenting. This stresses out working moms who have less time on their hands to prepare the stunning bento for their kids.

The culture continues, but now there are aids to help the mother get the bento aesthetics right. There are cute, colourful food picks, containers, varied moulds that have made the mother’s task in cutting appealing shapes and preparing a Kyaraben Bento “Character Bento” which is made up from a favourite cartoon character face which is much easier to make. Several videos on the internet help moms and wives get new ideas for preparing the bento food contents that their kids eat lunch with relish.

Home-cooked food is any day always better than store-bought food, and the bento will never lose its coveted status throughout the world. The varied compartments and sections provided in it definitely offer moms an opportunity to pack food items most appealingly. Making food as colourful as possible ensures that veggies and fruits also get included in the lunch box. The portion control facility of the bento box is a boon to individuals on a weight loss program. It prevents the temptation of eating huge portion sizes of food items that is a feature of restaurant ordered lunches.

The bento box has ushered in a healthy food eating habit during lunchtimes, and there is no way its position can be usurped by anyone else in the world!

Learn How to Prepare Matcha Tea Like a Japanese Tea Master 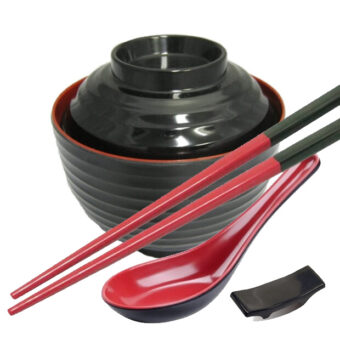