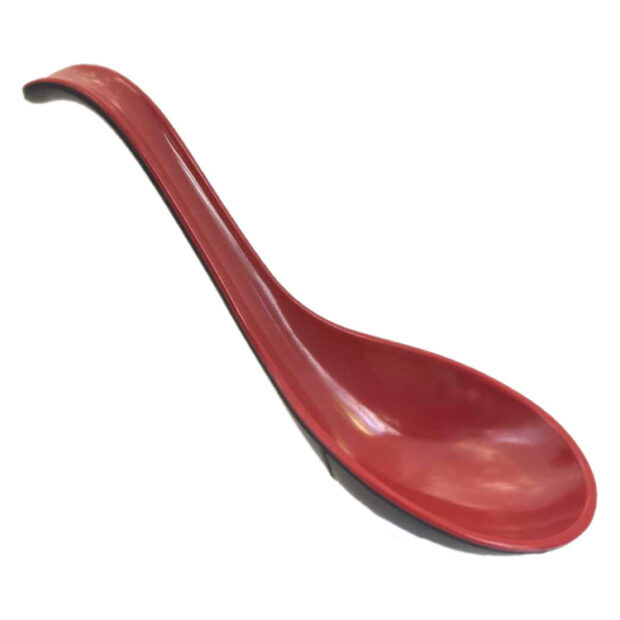 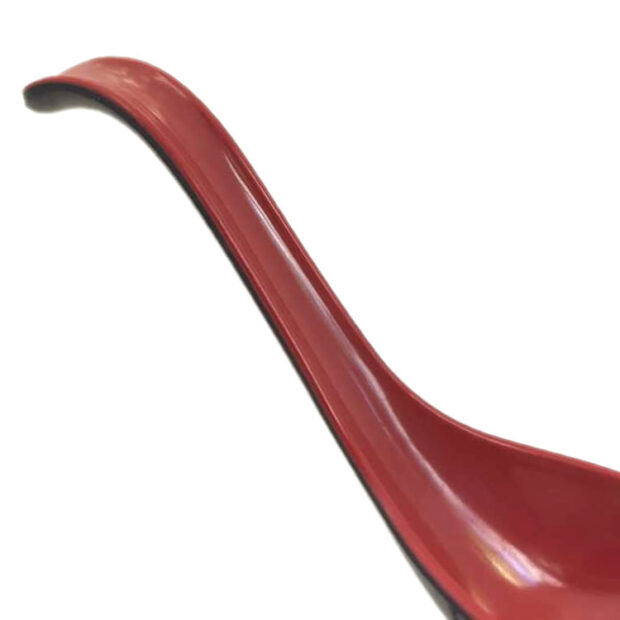 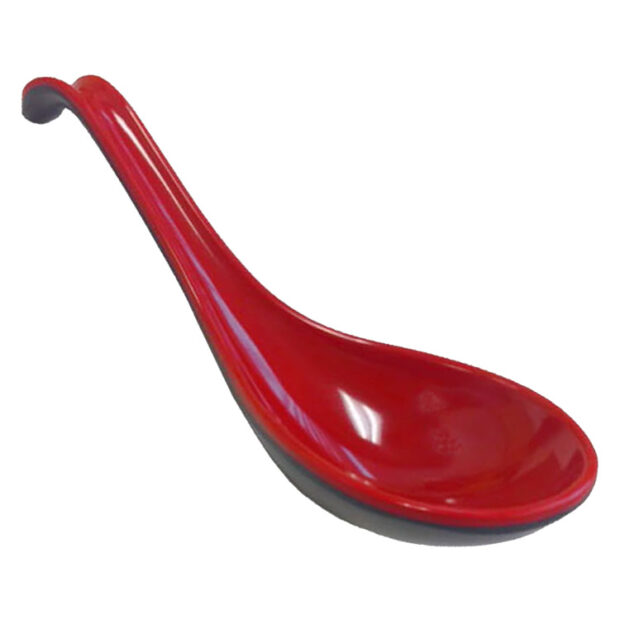 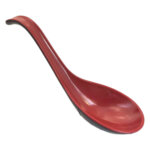 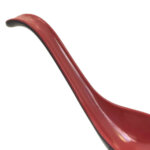 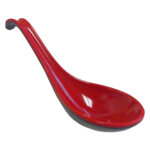 Long Handle with Hook Soup Spoon mirrors the classical Japanese design with handles that slope at the perfect angle and have a hook prevent slipping in the bowl.

This spoon features the traditional black exterior with a red interior making it an excellent addition to any Japanese style meal or restaurant. It has a break-resistant melamine construction for long-term use and is easy to wash.

The Wide Long Handle Soup Spoon has been around since the Shang period. The oldest specimens discovered were made of bone, but metal specimens with sharp points have also been discovered, implying that they were used for cutting. These could be over a foot in length. A rounder form evolved during the Spring and Autumn periods, and lacquer spoons became popular during the Han dynasty.

The spoon was more widespread in ancient China than chopsticks, which were used for cooking. Because millet, which was converted into congee or gruel, was the most popular food grain in North China, the spoon was more useful for eating. The spoon was better suited to elegantly devouring the soupy texture.

Starting around the 1st century A.D., when wheat became more commonly grown, the spoon began to lose favour as the most frequent eating utensil. Milling technology advanced to the point that flour for noodles and dumplings could be produced. By the Song dynasty, or around the 10th century, the spoon had lost its popularity because it could be lifted more readily with chopsticks. Because it boiled into clumps, early-ripening rice, which was introduced from Vietnam at the time, was even easier to consume with chopsticks.

You might also be interested in our Red & Black Miso Soup Bowl with a lid or read more about miso history here: Wikipedia or learn more about the history of the spoon at Wikipedia.com.