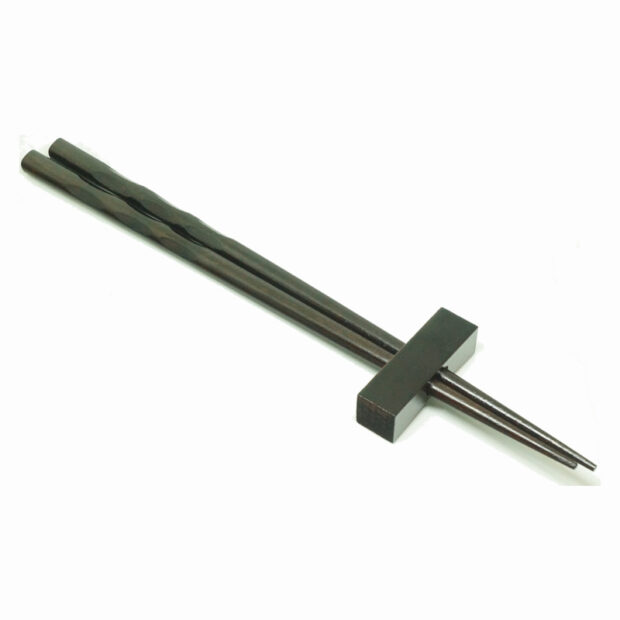 These chopsticks are made from natural wooden resources and are considered to be Eco-friendly and biodegradable. Most commonly used for eating Asian foods they can also be used for Japanese inspired meals.

Chopsticks with Holders has been around since 1200 B.C., with the earliest ones dating back to 1200 B.C. They were discovered in China’s Henan region, the same place where the first type of writing utensils was discovered. By the 5th century, they had spread throughout Asia, particularly in Japan and Vietnam. Chopsticks became useful as culinary implements, which led to their increase in popularity. It wasn’t long before their utility for eating was found, as they were long and well-suited to reaching the bottom of pots. Soon, foods were designed and prepared to be much smaller and better suited for chopsticks.

Confucius, an ancient Chinese philosopher, is also credited with popularising chopsticks. Sharp points at the dining table, he argued, conjured up visions of the abattoir and were far too violent for a vegetarian. He thought that blunt implements, such as chopsticks, were considered superior. As a result, many households began to remove knives from the dinner table entirely.