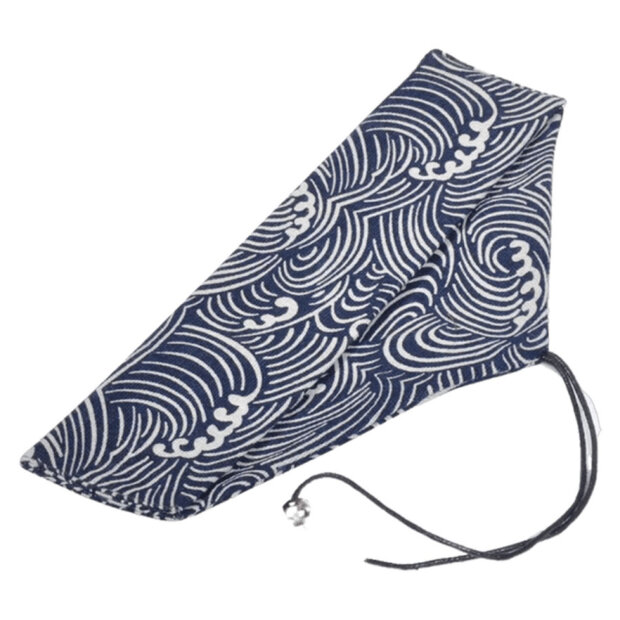 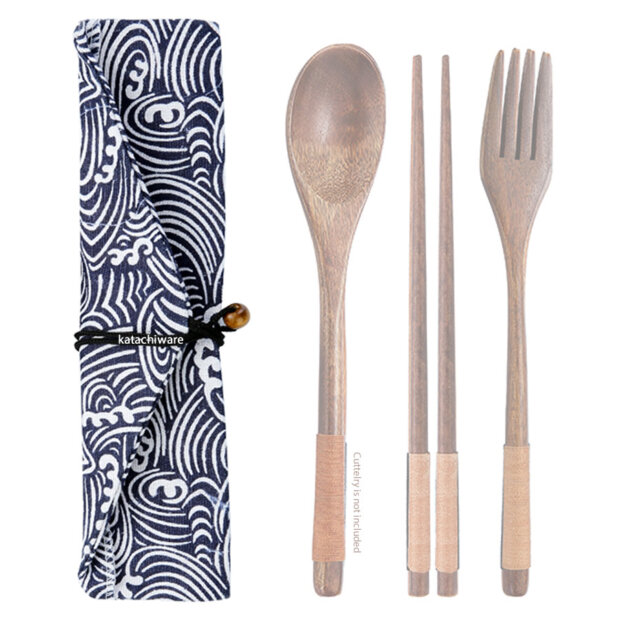 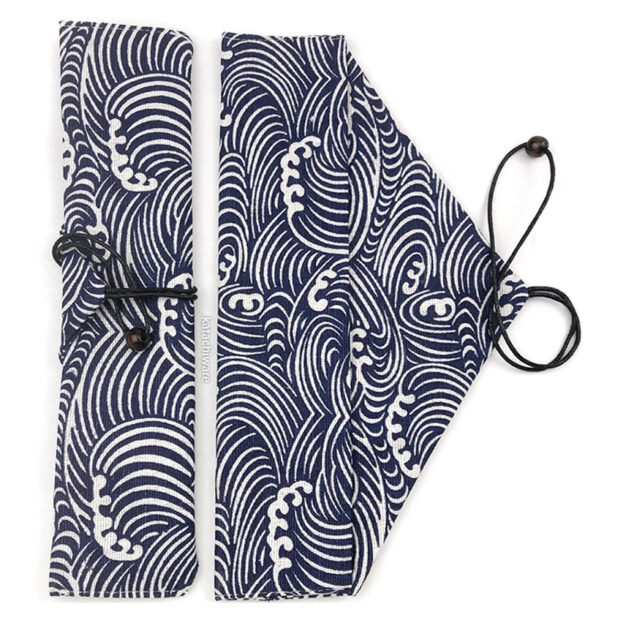 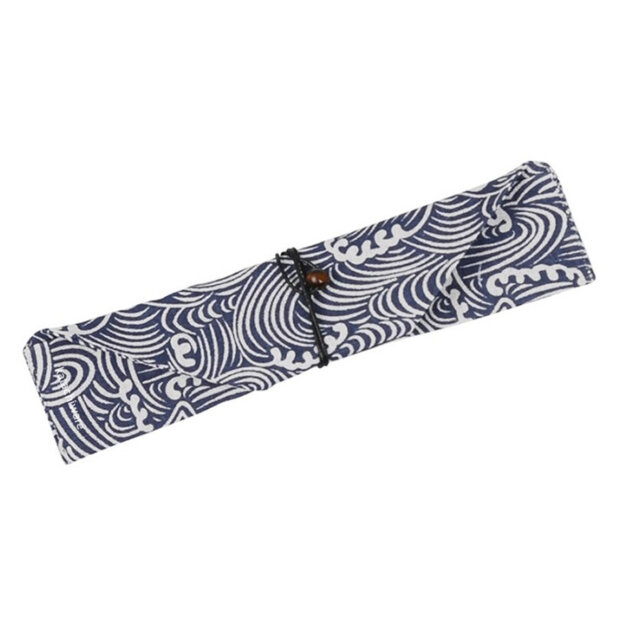 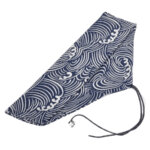 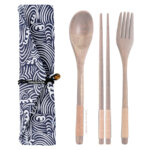 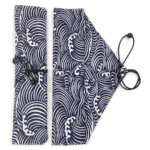 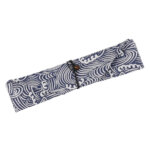 The beautiful Nami Wave Chopstick & Cutlery Bag is an excellent addition to your bento collection. The portable bag has a drawstring closure that keeps your cutlery safe. The bag is made of a durable and easy-to-clean cotton/linen blend, making it easy to use and convenient to carry your chopsticks and utensils. Cutlery is not included.

With dimensions of approximately 250mm long and 55mm wide before folding (not including the flap), keeping your utensils secure is simple; simply wrap the cord around and the bag tuck the bead through.

The Nami, or wave design is a symbol of the gods of the sea and denotes strength. There are often images of churning water or rushing waves in this design. The wave force is represented by the pattern. It was frequently used on banners and armour throughout the Sengoku Era in Japan and in Japanese art. At war, troops rained down on their foes like a tidal wave. The sea is both adored and feared in Japan because of its secrets. The nami is a sign of natural forces that can be printed on cloth or used as a decorative object.